It is always nice to be able to put a name tag on the fish you see while snorkeling in the Red Sea – in fact wherever you go in the water. But you may experience that the exact same fish is not called by the same name in two different locations – or by two different tour operators.

Under what name do you know these fish?
We are trying to get an overview of how most divers and snorkelers call the fish – and where they get the names from. Please take 3 minutes to let us know what you call these 11 species.
The survey is completely anonymous – only if you want to know the result and provide us your email (at the end of the survey), will we know any of your personal details. – And it would also be great if you forward the survey to friends, colleagues, fellow enthusiasts that you know of, so we can get as many answers as possible.
https://goo.gl/forms/2pcOxWpLV3NmiHVg1 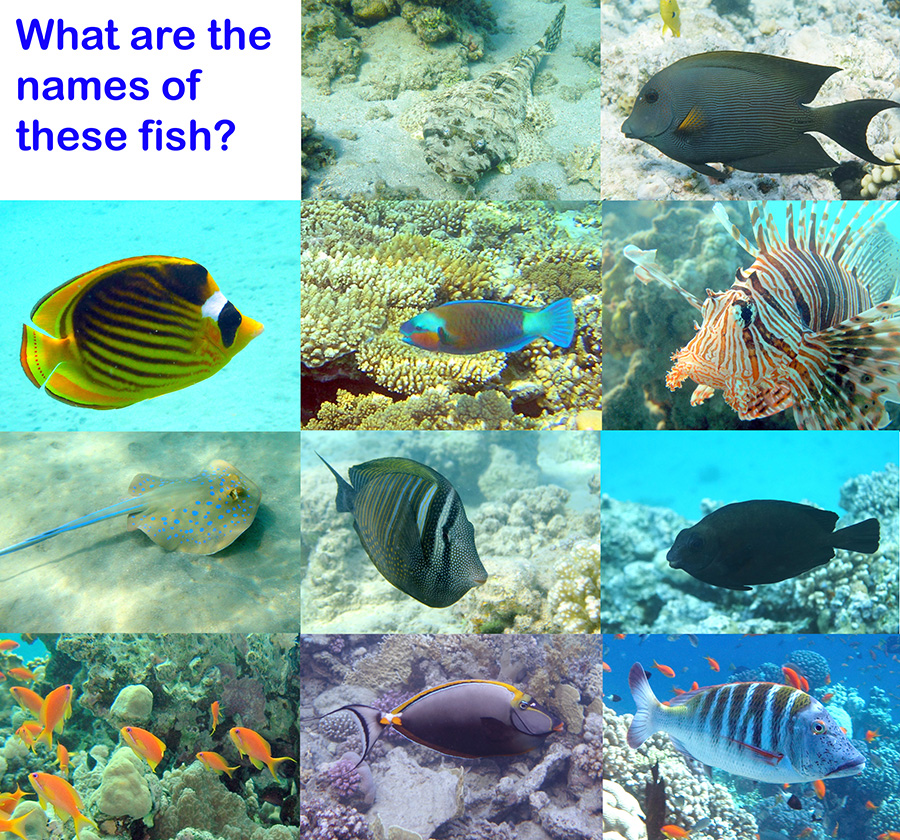 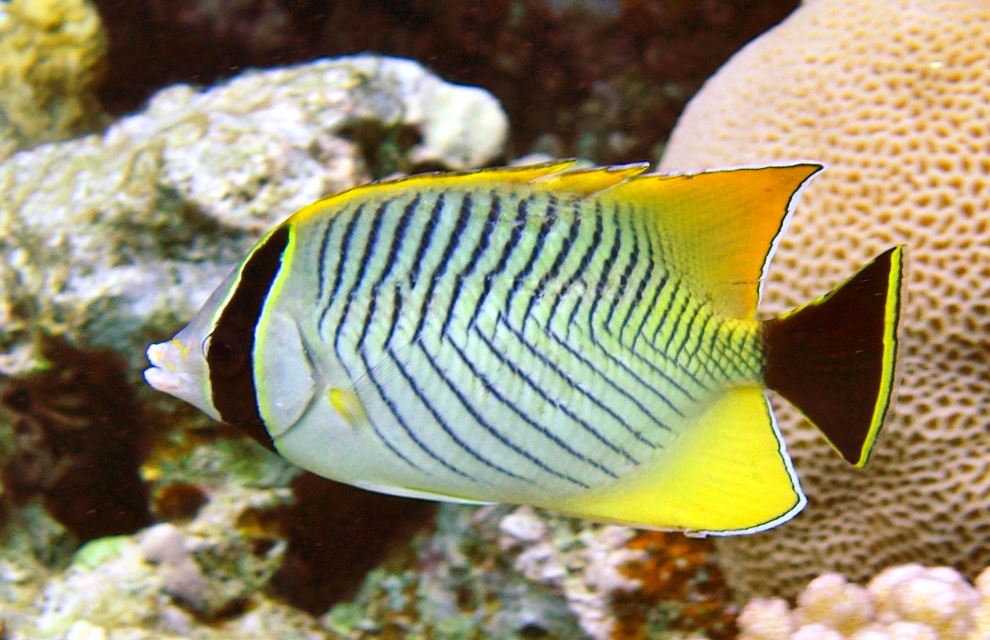 Chevron butterflyfish from the Red Sea

Scientific names – unique names for each fish
A fish – or any organism – ‘does not exist’ if it doesn’t have a name. Thus, scientists have in the past 280 years been busy cataloguing animals and plants all over the world. It has been a comprehensive effort, and even though the scientists are using a very systematic approach, it can be difficult to categorize the organisms correct, and be sure that a species is not already named by somebody else. Especially when the method to distribute the knowledge was only in paper. Now, it is all on the internet, and several global projects are trying to keep track of the organisms. – in our world AlgaeBase and FishBase are among the most important to ensure species are catalogued correctly and WoRMS (World Register of Marine Species) is keeping track of all the names. They have now more than half a million marine species registered! Each year about 2,500 species are discovered and added to the database.

FishBase is the “authority” that most rely on – however, they keep revising the species and which group they belong to, so you might see that even the scientific name for a fish is changing. But at least they keep records of old names, so that you can find a species even if you are looking in an old book and enter the scientific name into FishBase.

How are the scientific names constructed?
It all started with Carl von Linné, who started the system of dividing the natural world into three kingdoms – animals, plants and minerals. And from there each kingdom got subdivided. Though with slight modifications to the original levels – that is what is still taking place. So the animal kingdom is divided into phylum, class, order, family, genus and species. Each species is referred to by its species and genus name. Fish that look very similar are in the same genus and similar fish genus are grouped into families, and so on. The first name is the genus, the second is the species – so in Chaetodon trifascialis – the species is trifascialis and the genus is Chaetodon. The other butterfly fish you know are also in the the Chaetodon genus (scientific names are always written in italic letters).

So, you would think that naming is straightforward, but it is not. – for the scientific names there is a ‘correct name’ for each fish – but there is no ‘correct’ common name. However, FishBase have for many fish provided a common name that they suggest everybody uses. But it may take time before this is happening all over. – And it is very difficult to change you own habits – if you have always referred to Pterois miles as Common Lionfish, it may feel strange to call it Devil Firefish …

We would appreciate if you take the survey and let us know under which name you refer to these 11 species.
https://goo.gl/forms/2pcOxWpLV3NmiHVg1

For more information on FishBase, please go to https://www.fishbase.org 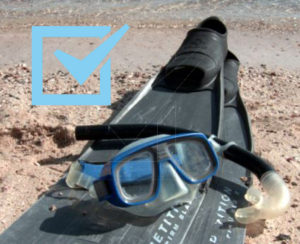